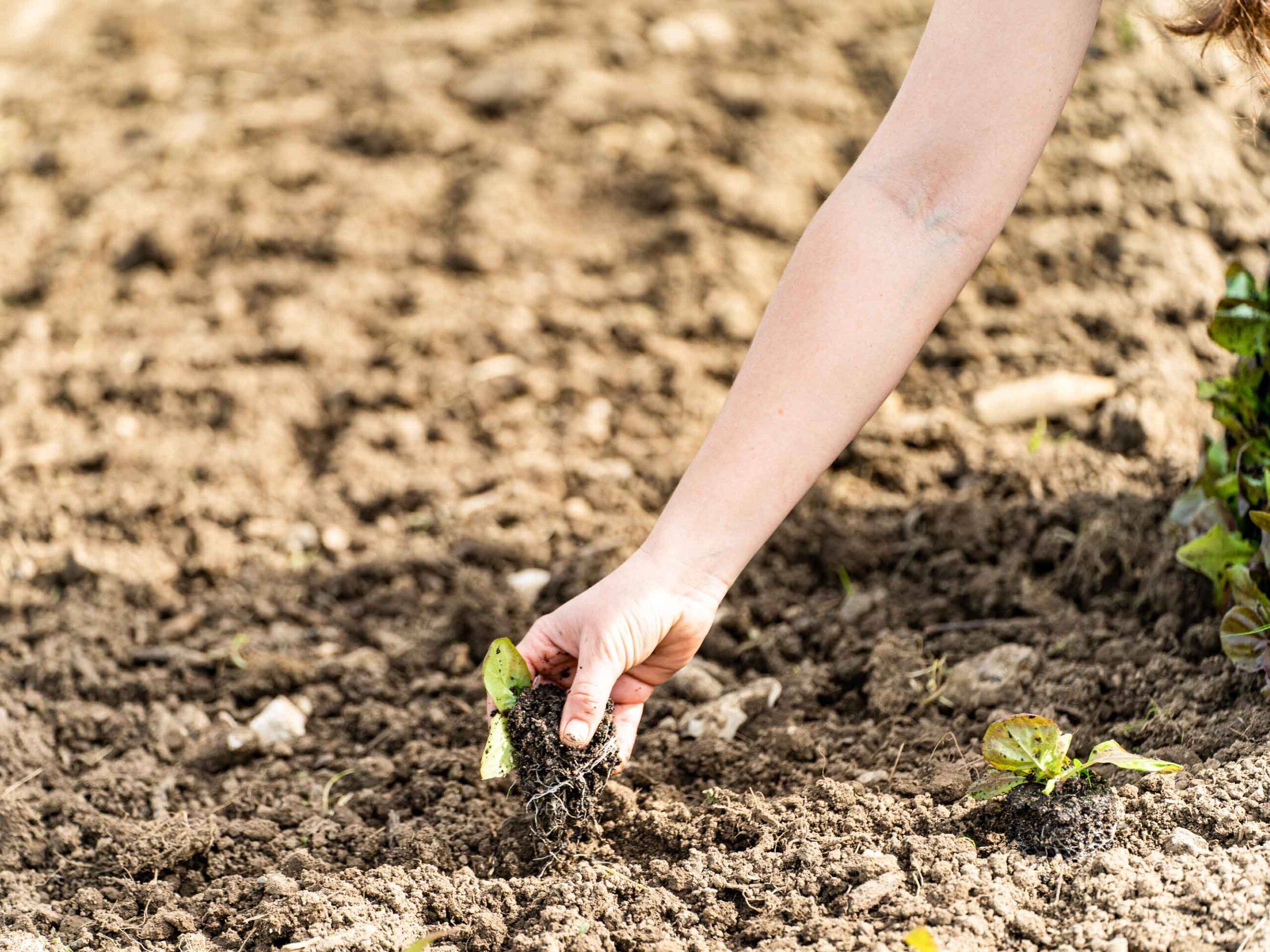 What Is It Worth To You?

100 years ago, Rudolf Steiner gave his National Economics Course and designed a pricing strategy that doesn’t just follow supply and demand but orients itself towards working people.

In 1922, Rudolf Steiner attempted to take a new, independent position on the basic concepts and questions of Economics, in a fundamental sense, through his twenty lectures on Economics (‹National Economic Course› and ‹National Economic Seminar›). He does not proceed as is customary in the field of science – through mathematical or statistical definition. However, he still uses the economic terms customary at the time and interprets them within the context of the Humanities. The terms are conveyed by means of images – they are used in their respective context. So there is not just one, singular form of capital, but multiple: commercial capital, loan capital, and industrial capital. A distinction must also be made between physical and mental work, as they function differently in the economic process. Ownership of land must be viewed differently from ownership of the means of production. Agriculture must not be subjected to industrial logic since it is linked to living nature, and industry functions like a lifeless machine. For Steiner, the fact that we have to think in terms of the global economy through Capitalism is of also major importance.

Steiner distinguishes himself from the Marxist theory of labor value. It neglects the independent spiritual potencies of human beings in the economy and affirmatively regards the market as a mechanism. According to Steiner, what matters is how labor fits into the economic process. In contrast to Marx, he sees the spirit as value-generating. Value is generated when we direct work through the spirit, through intelligence. Wherever work is in the background and the spirit directs work at the forefront, work can shine through the spirit and at the same time generate economic value.

According to Steiner, the social question should not be considered in isolation. It is an intellectual challenge, and legal or political questions arise again and again. The healthy integration of work is only possible through the establishment of law. As long as religious life takes the lead, individual interest is not detrimental. When work and justice are separate, though, selfish egoism also develops, and a demand for equality and democracy arises. With selfishness comes the division of labor. Division of labor means that no one who produces a certain good actually uses it. According to Steiner, Liberalism (Adam Smith) was not able to adequately determine the relationship between individual interest and the division of labor. Marxism thus had a gateway for its emotional polemics.

Steiner introduced Associations as a concept central to economics. They are supposed to carry reason into the economic process. Liberalism sees the market process as an objective and anonymous price assessment mechanism – the individual cannot manipulate them. Steiner’s associations are the opposite of an anonymous market process or destructive law of value – the members of the economy themselves should bring reason and justice into every act of exchange. In this respect, the association is also an educational authority. Those involved must suppress their selfishness and vanities and make an effort to make professional economic judgments.

The starting point for Steiner is the following question: What is the right (fair) price? Liberalism and Marxism no longer know this question of justice from the Middle Ages. According to Steiner, the price should be at a level that workers will be able to create a new product for themselves and their families in the future. This formula is sufficient for Steiner because it carries all the information within it. But how to realize this formula is up to those involved. The payment for future work is essentially included in this formula. Economics consists in putting the future processes into action with what has passed: nature-labor-capital or nature-labor-spirit. Liberalism knows only the present, the current price. Marxism sees no future in capitalism anyway. Romantic economics (Adam Müller) and the Historical School (Friedrich List, Gustav Schmoller) think in a backward-looking manner, but in some respects, they have the future in mind.

Conventional economics knows only one pricing formula. Supply and demand determine the price. Here, too, Steiner pleads for a differentiated approach and identifies three necessary equations. According to Smith, the price regulates itself through supply and demand. In reality – according to Steiner – these terms don’t accurately grip reality. Rather, one needs flexible terms. The supply of goods is the demand for money. The supply of money is the demand for goods.

According to Steiner, the cultivation of land is the prerequisite for economic activity. The mental workers live from the manual workers. How do we evaluate the work of the mind? Mental work is valuable insofaras it saves physical labor. It is about a functioning division of labor, fair prices, and money deprived of its mystification. To regard money as a purely mathematical problem can be seen as a counterthesis to the Marxist conception of money. For Marx, money is a bewitched commodity. The veil of money is exposed when one realizes that it is intended to conceal the conditions of exploitation. With Steiner, the money fetish falls apart when you look behind the different pricing formulas.

Steiner ties in with the liberal ideas of Liberalism, reactivating the concept of the Organism of Romanticism, ennobling agricultural and manual work, and seeing the intellectual achievements of the people as the source of inspiration for the economy and life as a whole. Free intellectual life means more than Liberalism, with its economic freedom and freedom of expression. It is the plea for a new scientific method to bring things, in a true sense, on all levels, to light. The lectures on Economics are intended to be proof of a new Humanities that takes care of the elemental things of life such as work, value, wages, interest, and property.

Liberal Economics focuses on perfect markets and the selfish egoism of the individual. The Romantic School is based on a holistic, divine view of human beings and the world. National economy and the doctrine of productive forces are the linchpins of Friedrich List’s considerations. On the other hand, Marxism has set its astute doctrine of labor and exploitation. Building on this, the Historical School has responded with federal social reforms, which led to the welfare state in the 20th century through Keynes. Surprisingly, Rudolf Steiner focused a large part of his analysis in the National Economic lectures on the question of price – in 1922 he proposed the solution of consciously designing fair prices in the world economy. Steiner starts from the concept of the social organism. This ‹romantic› term is meant as a polarity. On one hand, he emphasizes the social (societal), and on the other hand, the natural and supernatural. It is an arc of suspense that must be kept alive and brought to fruition.

In the 19th century, a fierce, theoretical struggle took place in economic theory between Liberalism, Historicism, and Marxism. It dealt with the question, What defines the value and price of goods and labor? The marginal utility theory formulated a subjective theory of value and price and surrendered to this problem by rejecting an objective theory of value and replacing it with a subjective theory of price. Therefore, the price is determined by supply and demand. In addition, it was claimed that land, labor, and capital were productive and demanded remuneration: the land rent, the wage, and the interest. Who determined supply and demand could no longer be answered. Marxism claimed that there is only one objective theory of value – only work is value-generating. Thus, Marxism could not grasp the subjective aspects of the problem and denounced the economy as an exploiting society, since the workers had to share the proceeds with landowners and entrepreneurs. This was unfair.

Rudolf Steiner’s lectures on economics stood above these standpoints. He emphasized both subjective and objective aspects and postulated a separation of work and income. Through the categories of intellectual work and gift money, he was able to expand the economic science of the time and thus hint at a direction for the solution to the crucial question: What is the essence of value and price? How are these determined scientifically?

As is well known, the 20th century has departed from these seemingly harmless theoretical questions between Liberalism and Marxism, and revolutions and wars with countless deaths have developed along this demarcation line. Theoretical differences turned into bloody seriousness: cold and hot wars. The economic lectures from 1922 by Rudolf Steiner can be seen in this context. Although he has solved the value and pricing problem theoretically, the practical implementation of society as a whole is hopefully still ahead of us.

Previous
The Inside Of Truth

Next
Clout And Dialogue