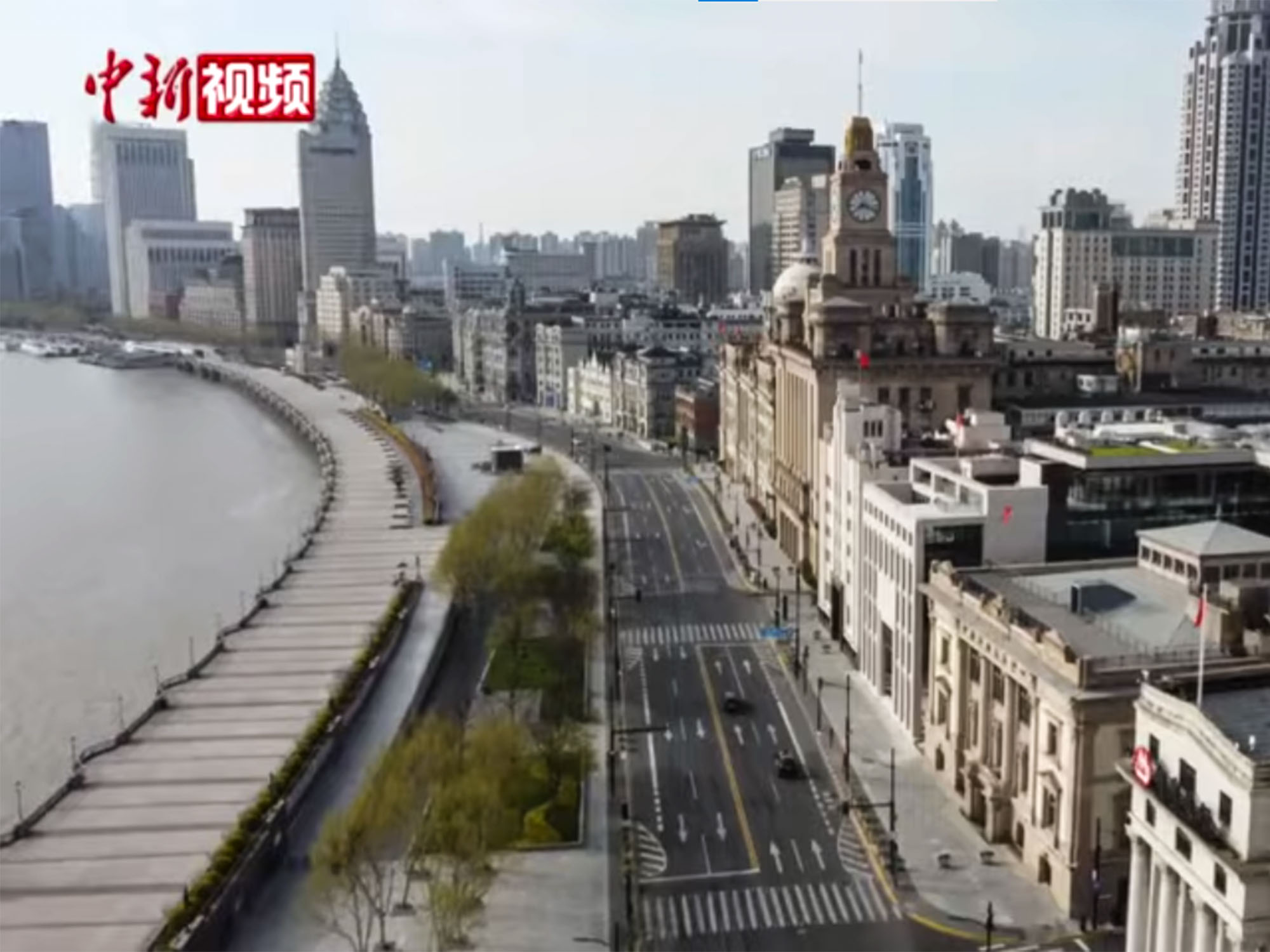 After weeks of lockdown, Shanghai politicians and authorities have offered the prospect of easing conditions. At least the population is allowed to shop in a ‹controlled› manner now. Before that, not even online shopping was possible because delivery services were not allowed to operate. It is a completely different situation than in Europe when you have to coordinate 26 million residents because of Covid-19. This is a psychologist’s recording from the current quarantine period.

The 10th of March 2022 was the last day I conducted a normal consultation. After that, only online video consultations took place. At the time, I was optimistic that I would be able to work normally within a week at the latest. The 12th of March was a Saturday. My ten-year-old daughter was told to rush to school to take a nucleic acid test at 7 a.m. By this time, I had heard that some schools were locking teachers and students in the school, for testing can only be performed after 48 hours of observation. Fortunately, my daughter was able to go home after the test. The days of online teaching began. On the 16th of March, my husband came home from work in the afternoon. He had to leave because the entire company premises were closed off. If he had not gone home, he would have had to ‹live› in the company office. On the 18th of March, it was announced that nucleic acid tests would be conducted on two consecutive days: on the 19th and 20th of March, it was not permitted to leave the community. Neighbors quickly hoarded food and vegetables. I thought they shouldn’t be panicking so much. It will be a maximum of two days.

In the last two years, I only took a nucleic acid test twice, in order to have proof when I wanted to go to Shanghai. March 20th passed without the government announcing that the lockdown would be lifted. Instead, we were told to continue nucleic acid testing and not to leave the neighborhood. At that point, I realized that my family needed additional food. So where could I buy food? The online shopping platforms I usually use were out of stock. Express supermarkets in the neighborhood began to sell vegetables, grain, and oil in the morning. But that was only ever possible within a very short period of time. In those days of fear, hardship and distress, communities developed and organized collective purchasing. Our neighbors were active in the WeChat community every day. We waited every day for the lockdown to be lifted. On the 27th of March, the ‹Mandarin Duck Pot Policy› was introduced. Neighborhoods were closed off at different times. People were asked to stay home and minimize collective purchasing until the 5th of April to avoid infection transmission. At this point, all regions of the country began to support Shanghai in different ways. The negative information was overwhelming. Truck drivers delivering food from other places could not enter the city and were stuck on the highway without anything to eat or drink. Some people ran out of food because lockdown lasted too long. Collective purchasing was canceled for various reasons. The number of confirmed diagnoses increased daily, with no turning point in sight. The supplies that were sent by the government to the residents had quality issues. Young children were forced to isolate themselves. The messages in the neighborhood WeChat group were full of anger: at the government and its indecision and incompetence; at the neighborhood committee’s inaction; at the increasingly expensive vegetables.

On the 6th of April, collective anger in the city of Modu reached its peak. A solution had to be found. That day, a woman in her white pajamas jumped out of a building and committed suicide. She had asked a driver to deliver food to her father who was hard of hearing in Qingpu and tipped him 200 yuan. But the key holder considered it to be too little. She could not stand the violence of the Internet and jumped out of the building. That day, a 75-year-old man got into a physical conflict with a young man while performing a nucleic acid test. He died on the spot. That day, a resident was to be taken to a hut for isolation. Her dog was beaten to death by volunteers at the community gate. At midnight, two men in white protective suits suddenly knocked on my door to subject me to a nucleic acid test. Our sleeping baby woke up, bumped its nose, and started crying. That night, a woman in the neighboring building screamed out into the sky, full of grief and anger. She seemed to be weeping for the city. I didn’t sleep a wink that night.

Over the next few days, I received many inquiries and condolences from family members, relatives and classmates in my online practice. Why had Shanghai – a popular international metropolis – turned into hell on earth? I comforted one after the other. The situation is not as serious as it seems. There is no shortage of supplies. Even though everything is expensive, everything is normal. Though every day was all about antigens or nucleic acid tests and we were still not permitted to leave the house. Neighbors began exchanging supplies and started interacting through the building’s WeChat group. My neighbor gave me more than 30 N95 masks, some face shields, and a big bottle of alcohol, saying: «You can still live next door in a thousand years!» A friend’s 80-year-old mother had already chopped vegetables when the neighbor drove her to the hospital emergency room. Then the young man took the opportunity to go outside for a day and filled up a few boxes with supplies. All this gave me a warm feeling.

After the 8th of April, government supplies were distributed almost every day or every other day. We received vegetables, canned food, milk, rice, pasta, oil, and even shampoo and shower gel. As of the 26th of April, a total of 10 packages of secondary supplies had been distributed. There seemed to be less name-calling in the WeChat group. People stayed at home and tried to live sensibly.

On the afternoon of the 24th of April, I received a call from my hometown’s neighborhood committee to collect my personal identity information and ask me if I had any plans to return. During the period of insults and chaos, Shanghai was very selfish and overloaded, spreading the epidemic to all regions of the country. At that time, many cities conducted nucleic acid testing for all employees or put the city on lockdown. The voice of the man from the village committee trembled on the phone. I kept promising him that I would not come back and be the one to bring disaster upon the village. I hoped he would relax. During the entire period of living an isolated life, my daughter was the only person who enjoyed the situation from beginning to end. She did not have to go to school, and her father did not have to work. She had her parents around all day and we played together. Life was happy.

During this process, all original order and rhythms were destroyed. Popular supermarkets were closed, online shopping platforms were shut down, and trust in the government declined. I and many others were looking for a way out of the city. Now everything seems to be under reconstruction. Neighbors were more closely connected. Collective purchasing became a new way of shopping. The secretary of the Neighborhood Committee, who had never spoken to the group until that point, began speaking on the 19th of April. The hospital was also reopened.

Image ‹The Bund› after closure of Puxi district due to the COVID-19 pandemic in Shanghai in March 2022. Screenshot Youtube. Photo: Wikimedia – Translation: Simone Stadlbacher

Previous
What Do I Mean by Anthroposophy Today?