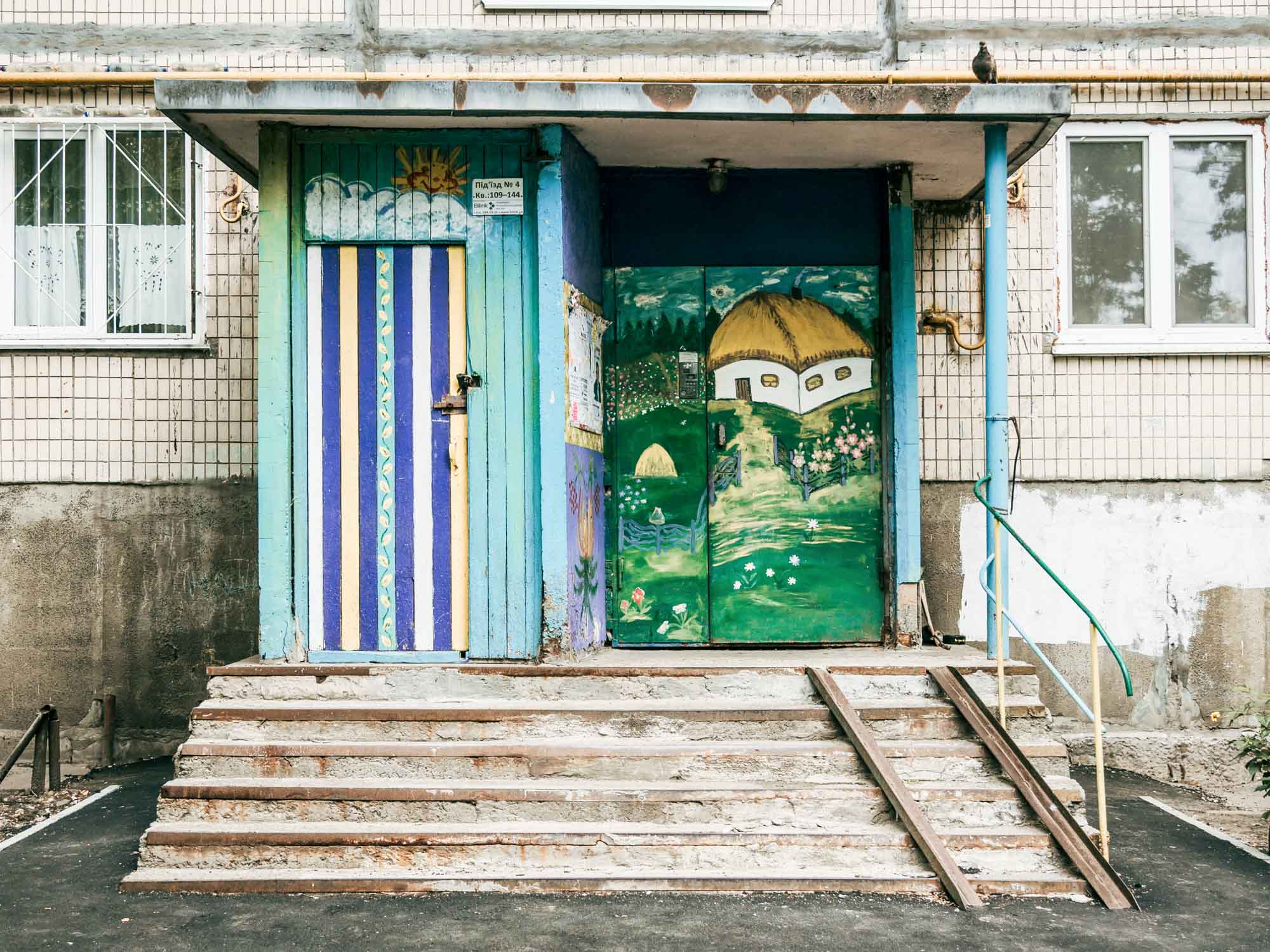 A Free and Neutral Ukraine in the Heart of Eurasia

As I write, the tanks are rolling in Ukraine. Guns target buildings, people run and flee in fear, mothers try to bring their children to safety, men of military age are called up for military service and defend their country against military superiority.

On the other side of the border in Russia, courageous people are demonstrating against the war and putting their freedom at risk. Stunned and horrified, we witness war in the middle of Europe. There is a great danger that events will escalate further. In the process, Russia has embarked on a war that it cannot win. Even if the Russian armed forces achieve a victory, they will not be able to enjoy it permanently. Because the people of Ukraine will never submit to a Russian puppet regime forever. And Russia would remain internationally isolated. Even the closest former allies and neighbors would continue to move away from Russia and turn more strongly to Europe or the West. Thus, as is often the case with wars, an unacceptable situation could arise that no one, not even the aggressor himself, can wish for.

In such a situation, decisive, and powerful diplomacy is the only remedy. Hundreds of billions for new weapons silence diplomacy but show no solution. Only talking to each other can bring solutions. No country would be as predestined for this as Switzerland. It has often been active as a mediator in difficult conflicts – including between Russia and Ukraine – and it should do the same here.

Why? What is needed is an actor who has access to all sides, who enjoys the trust of all parties, and who, with the necessary credibility and authority, is able to put on the table a proposal that can open a face-saving path to a ceasefire and a lasting peace. Russia justifies its publicly euphemistically referred to as a ‹special operation› war of aggression on the territory of Ukraine with the tensions in its eastern areas around Donetsk and Luhansk, which are predominantly inhabited by Russian-speaking populations. It declares that it wants to free them from alleged terror and place them under Russian protection. Since 2014, a civil war has been raging here, which has been strongly fueled by the Russian side. Although it is clear that such a situation cannot justify the Russian invasion, it is undeniable that a satisfactory settlement is needed for Russian-speaking Eastern Ukraine and that such a settlement has any prospect of success only if it meets the wishes and interests of all sides, but in particular the population in the aforementioned administrative districts. Dragging them to one side or the other by force will not do justice to the complex situation and will therefore never lead to a sustainably accepted solution. Similarly, the larger question in the background is the struggle for Ukraine itself. This largest state entirely in Europe has long been fought for in a major geostrategic conflict between East and West, first with words and now also with weapons.

The Russian government counts Ukraine among its sphere of influence and power and is aggressively resisting the efforts made since at least 2008 to draw Ukraine into the camp of NATO and thus of the Western alliance. Again, the question: Where does Ukraine belong to? To the West or to the East? I mean, even the question is wrong. To ask in such a way assumes that there are only these options and nothing else – only black or white, no colors! But Ukraine is a country of its own. It is located in the middle of Eurasia, is almost its heart, a heartland that connects Europe and Asia in the middle. We should leave thinking in exclusivity behind and replace it with thinking in connections, contexts, relationships. This is especially true of the friend-foe thinking that has shaped and torn Europe apart for decades. We don’t need more trenches and walls. We need bridges and footbridges on which we can visit each other, learn from each other, and exchange what we have understood and achieved. We should make it possible for a country in the middle of this Eurasian continent to be counted neither to the East nor to the West, which intertwines Eastern and Western influences and is openly capable of cooperation and friendship on both sides. Both sides could – and will gladly – guarantee and respect the security of such a country if it is certain that it is not threatened by either side and does not pose a threat to either side. Face-saving and future-oriented negotiations could guarantee Ukraine a free and self-determined status as a neutral country between West and East. And they could also guarantee this status to Donetsk and Luhansk within Ukraine: political autonomy and self-determination in a treaty signed by both sides and guaranteeing this autonomy forever.

We are all glad that there is a neutral country in the heart of Europe that, contrary to expectations, has not yet joined any of the great powers, but has always retained its independence and lives amicably with all its neighbors: Switzerland. Such a country could also exist in the middle of Eurasia. It could be the beginning, not to tear open more trenches, not to build more walls, but bridges that help to connect what was fatal and artificially separated for decades. A few years ago, the Swiss Foreign Ministry (eda) asked me to give a lecture on the perspectives of Europe to employees of the Office and diplomats accredited in Switzerland.

Today, conversely, I ask Switzerland to see a mission from its privileged status, which has brought its free life, long-standing peace, and unique wealth, in this harrowing war situation. In response to all those who are slipping into militarism, I ask Switzerland to take a powerful initiative for a ceasefire and for Ukraine’s permanently secured neutrality and self-determination, as well as the autonomy of the Donetsk and Luhansk regions.

Picture An entrance to the apartment building in Kyiv; Photo: Marjan Blan

Next
The Human Soul Becomes the Soul of the World